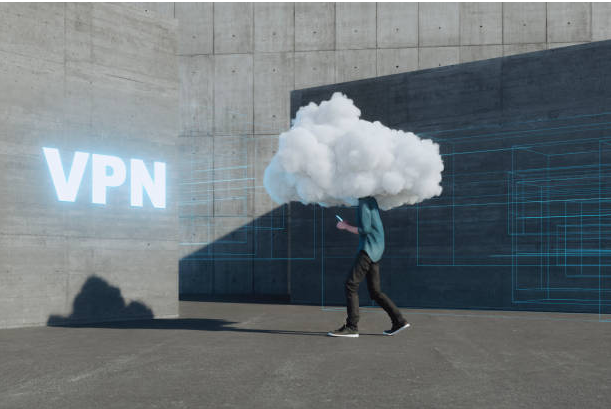 A VPN is a virtual private network service that allows connecting to the internet securely and privately. A VPN can help protect privacy by making it more difficult for others to track their browsing habits, and it can also help geographic bypass restrictions on content.

The most common usage of a VPN solution is to access the internet; however, it can be used on other services like messaging apps, smart TV apps, and gaming consoles. A VPN service is designed to make it seem like a computer or device is in a specific location.

The internet traffic from the VPN, such as global VPN, will be given an IP address from the selected country and city, allowing access to content that might only be available in certain countries or regions. So in this post here we discussed the top 5 benefits of VPN.

Typically a VPN service is offered for a monthly fee or an annual fee, but some are provided as a free trial. It is also recommended always use an encrypted VPN when using someone else’s Wi-Fi network.

When we are talking about the benefits of VPN then security is the major point. A security breach is a violation of the security of a system. It can be intentional or unintentional. A security breach can lead to data loss, theft, and other consequences. A VPN, such as a global VPN, allows connecting to an encrypted network over the internet. It creates an encrypted connection between the device and the VPN server, providing access to resources on the private network.

A VPN is helpful for many different purposes, but one of the most common reasons for using a VPN is to increase productivity. VPN connects two or more devices to form a more extensive network.

It helps access the internet securely and privately and share files and folders across computers. A VPN, such as a global VPN, is helpful to increase productivity by allowing employees to work remotely on company networks, which helps lower overhead costs.

A VPN can also allow employees to communicate securely by creating an encrypted connection between the office and remote users. If the company has open Wi-Fi at their office, a VPN can help create a secure network.

VPNs are affordable and are helpful for both personal and business purposes. VPNs are useful for companies that need to connect remote offices for a fraction of the cost of maintaining a traditional connection. In addition, VPNs allow businesses to save time and resources when connecting remote locations or traveling to international destinations.

1. The first step is to decide the expectations from the VPN. Should the VPN solution possess strong encryption? The VPN should have a lot of servers to support the user’s needs.

Another critical piece of information that needs to be collected is the location of servers and other physical locations. The location will help determine what type of internet access is required by evaluating how much accessibility, servers, and hotspots are available in that location.

2. The second step is to decide what the use of the VPN will be. Is it needed for a person to go online while traveling? Or, should the VPN take place in the home? This information will help determine which type of VPN service is needed by evaluating how much accessibility, how many servers, and how much bandwidth is required.

3. The third step is to pick a VPN service provider that meets the person’s needs. The best place to start would be by asking friends and family for recommendations or searching on the internet for suggestions.